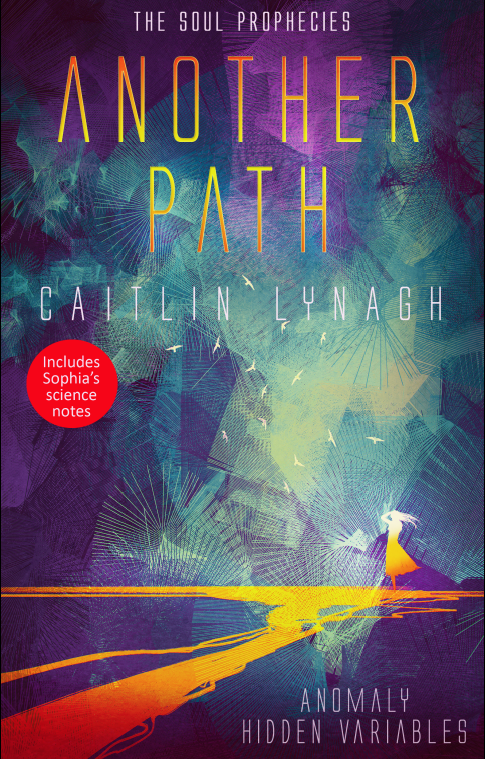 Click here to see my blog on book 1 in this series.

My Thoughts: Heads up for new readers considering this series, there are going to be 12 books and each one so far ends on a cliffhanger. That being said, I am loving this series right now, the more I read the more I want to know.

The Unfinished Song Series is set in a very primitive almost neolithic time. There is a lot of violence and women especially, are sometimes treated badly. There are tribal clans with bizarre rules and complicated politics. The fae/fairies/fairy lords etc come in all sorts of sizes and forms and they are mischevious, beautiful and powerful. There is a lot of terminology, including character names, clan names, levels of fae, magic, etc. Tara Maya has thought out every detail extensively and as a result has created a believable fantasy world like no other.

The story is written from multiple POV’s not just Dindi’s, Kavio’s and Vessia’s (told in second person), but more new characters are introduced into this 4th installment, Umbral from the Deathsworn who is associated with Lady Death, and Maraya an Aelfae who Dindi sees in her visisons and who may hold the key to eveything. The storyline is becoming more complex with each book and the characters lives are becoming increasingly entangled.

In this forth installment, Dindi, the main female character, has bested all trials and has been allowed to join a group of dancers known as the Taevaedi. The Taevaedi learn complicated dance routines in order to perform magic, and there are six different levels of magical ability known as chromas. Dindi and her clan ‘The Lost Swan’ are considered a bit of a ‘failure’ as far as magical abilities go, however, Dindi is special but no one knows it.

Ridiculed and harrassed throughout the first three books, Dindi’s standing doesn’t improve much in this forth book either. Despite this, Dindi is allowed to dance, her confidence grows and even though the consequences are bad, she does use her magic (albeit by accident). In the meantime, the differing tribes and clans are going to war and fighting amongst themselves. We’re also introduced to two new tribes, The Green Woods Tribeshold and the Raptor Riders of Orange Canyon. Again there are characters you both love and hate, some of whom have sad backstories, but in this forth book some of our questions are finally answered like, who is Vessia aka The Corn Maiden?

I was completely devestated by the ending of the third book and I can’t really say much other than Kavio (crying internal tears) makes a very sharp (but thankfully temporary) exit out of the story. The relationship between Kavio and Dindi blossomed nicely through books one to three but then Tara Maya hit us with a boat-load of injustice right at the end of book three. I almost didn’t pick up this forth book because of it, but I had to know what would happen and if there was any hope for my favourite characters.

I’ve finished reading book five but I’m eager to get started on book six, Tara Maya is an amazing storyteller, be warned, once you’ve picked up her books you will not be able to put them down.

From The Current Reviews:

The Good: ‘This series is getting better and better‘, ‘Using archetypes instead of cliched stereotypes, Tara Maya does a great job creating a beautiful, compelling vision of a world and it’s magic that absolutely speaks to me‘, ‘a totally entrancing and captivating read.‘, ‘The series is an absolute must for any fantasy fiction fan and I for one can’t wait for to read her next book!‘, ‘Tara has a unique way of writing addictive from different character’s perspectives’, ‘Another amazing read.‘, ‘so unpredictable and so captivating’, ‘The only reason I stop to have a break is when my battery runs out on my kindle!!’, ‘Ahhhhh the suspense is killing me Tara!!! You are a fantastic author and I am so glad I found this series!‘, ‘very addictive book series’, ‘These books are hard to put down!‘, ‘The storyline is unlike any story I’ve ever read.‘, ‘These books have a little of everything in them and they are balanced perfectly…..like magic‘, ‘a fascinating world and characters‘, ‘my mind is blown’, ‘It took me a little while to get into the series but after I understood what the dancing was (what it did, what it was for) I really liked it.’, ‘Amazing fresh and spellbinding’, ‘The characters are unpredictable and the plot takes all kinds of unexpected twists that keeps you hanging in there to see what happens next.’, ‘This book consumed me! I read it in a day and a half because I couldnt stand going to sleep without knowing what happened!’, ‘The author’s world building is some of the best I’ve read’, ‘absolutely, undeniably, epic fantasy crack’, ‘Tara Maya is extremely adept at inviting the reader to suspend disbelief and enter the world of Faearth’.

The Bad: ‘Although this book is written as well as the other books in the series that I have enjoyed reading, the author is losing me in the constant role of Dindi, the main character, playing the victim.‘, ‘It wasn’t as good as the previous three but it was, okay.’, ‘Would I read the next book ‘Wing’? Yup! Would I wait with baited breath. Nah!‘, ‘I feel like he was too important a character to kill off. I am so disappointed that I don’t know whether or not I will continue reading this series.’, ‘I enjoyed the first book, but there was no ending. Oh that must be in Book 2? Book 3? What, I must buy 8 books to get an ending. These are not novels, maybe a serial, or a short story.’

The Darn Right Ugly: (None so far)

The Unicorns: ‘I adore these books and have become a true fan of Tara Maya‘, ‘Tara Maya…. you are one damn good story teller.‘, ‘Ms. Maya… write faster! I have to know what happens to Dindi!‘, ‘PLEASE HURRY UP AND RELEASE ALL THE REST OF THE SERIES!‘, ‘Ok, You got me hook… line… sinker… Couldn’t put the blasted thing down… 4 books in two days… yea, just a lil wee bit addicted.‘, ‘Tara Maya, does an outstanding job developing characters, storyline, plot, and places.‘

Contains: Violence and scenes/descriptions of a sexual nature.

About The Book: Dindi knows her life is forfeit if she cannot solve the faery riddle of the Unfinished Song. But to do that, she must first unravel the mystery of why the Aelfae hexed her whole lineage long ago.

Meanwhile, Kemla and Tamio connive together against her. Desperate to prevent Dindi from dancing in the upcoming competition, and Kemla convinces Tamio to seduce Dindi. If at first they don’t succeed, they aren’t above hexcraft to get their way…

And then there is the Man in Black. Devastatingly handsome, darkly powerful…and determined to kill her. If at first he doesn’t succeed, he isn’t above starting a war to get his way.

About the Author: Tara Maya has lived in Africa, Europe and Asia. She’s pounded sorghum with mortar and pestle in a little clay village where the jungle meets the desert, meditated in a Buddhist monastery in the Himalayas and sailed the Volga river to a secret city that was once the heart of the Soviet space program. This first-hand experience, as well as research into the strange and piquant histories of lost civilizations, inspires her writing. Her terrible housekeeping, however, is entirely the fault of pixies.

Disclaimer: The reviews and opinions above are either from online sources or my own, and have been collaborated together for the ease and benefit of potential new readers. All ratings have been collected from the date of this blog’s publishing and will potentially change in the future.